The European Parliament calls for openness, transparency and inclusiveness in Innovative Health Initiative 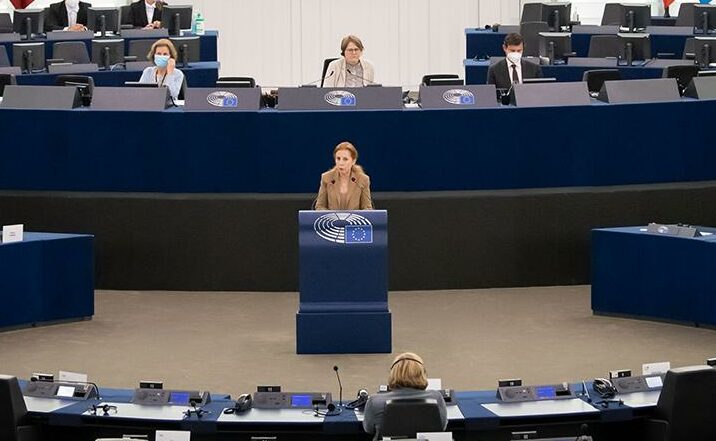 The European Parliament adopted its position on the establishment of the Joint Undertakings under Horizon Europe, including future Innovative Health Initiative (IHI) and the Global Health EDCTP3. MEPs are calling for more transparency, involvement of civil society and independent scientific advice to guide future health research.

In her opening speech to the debate held in presence of the EU Commissioner Mariya Gabriel on Tuesday, rapporteur Maria da Graça Carvalho highlighted that the European Parliament’s report stresses the importance of openness, transparency and inclusiveness of future research partnerships. “It is not going to be a blank check for the industry”, she said.

Indeed, the Parliament’s opinion clearly improved the European Commission’s original proposal. Above all, the European Parliament amended article 123 by adding affordability, thus complementing already existing requirement for IHI results to be available and accessible to the public at fair and reasonable conditions (amendment 384). This is, in a way, another precedent towards EU R&I funding that is conditional on ensuring access to medicines and medical technologies. Some calls for proposals, announced in May 2020, for coronavirus research also included similar commitments.

“This is the first result of a long-lasting advocacy of civil society and patients, demanding that the public sector, which invests huge resources in research and development of health innovation, finally takes its position and ensures affordability,” said Marcin Rodzinka-Verhelle of Global Health Advocates.

According to the European Parliament, all actions should contribute to responding to global challenges and bring societal added value. Health research must be guided by independent scientific advice. Finally, the report calls for more transparency in governance and operations and in reporting on actual in-kind contributions from the private partners.

“The opinion of the European Parliament is a vital voice in the preparation of the next generation of health research partnership. The benefits to public health must go hand in hand with increasing the competitiveness of the European health industry,” said Marcin Rodzinka-Verhelle. “I hope that the Council will duly consider Parliament’s position and help ensure that EU R&I funds primarily serve citizens and their needs. We need the public interest to drive innovation”.

Both IMI and IMI2 have been continuously criticized by the patients, consumers, doctors, payers, HTAs, and public interest organizations for the lack of inclusivity in the choice of research priorities, the governance structures, and the dominance of large industry players. Formal evaluations of the previous initiatives pointed to the imbalance in the representation of stakeholders and very low transparency standards. The main findings of the civil society organizations report were that they failed to meet the goals that justified them, including overcoming market failure and improving the development and availability of health technologies for unmet medical needs.

“We will do everything we can to set up these partnerships because Europe and industry are waiting,” said Mariya Gabriel while concluding the debate. Citizens are waiting too, for tangible outcomes of their investments.

The European Parliament’s resolution with observations pointing to several underlying issues with the Innovative Medicine Initiative (adopted in April 2021).

Close Menu
We use cookies to ensure that we give you the best experience on our website. If you continue to use this site we will assume that you are happy with it.Ok