Parliamentary engagement in the fight against malnutrition was one of the topics debated by the more than 100 parliamentarians who attended the meetings of the Joint Parliamentary Assembly between the African, Caribbean and Pacific (ACP) group of states and the European Union (EU) in Windhoek from 9 until 16 June 2016. 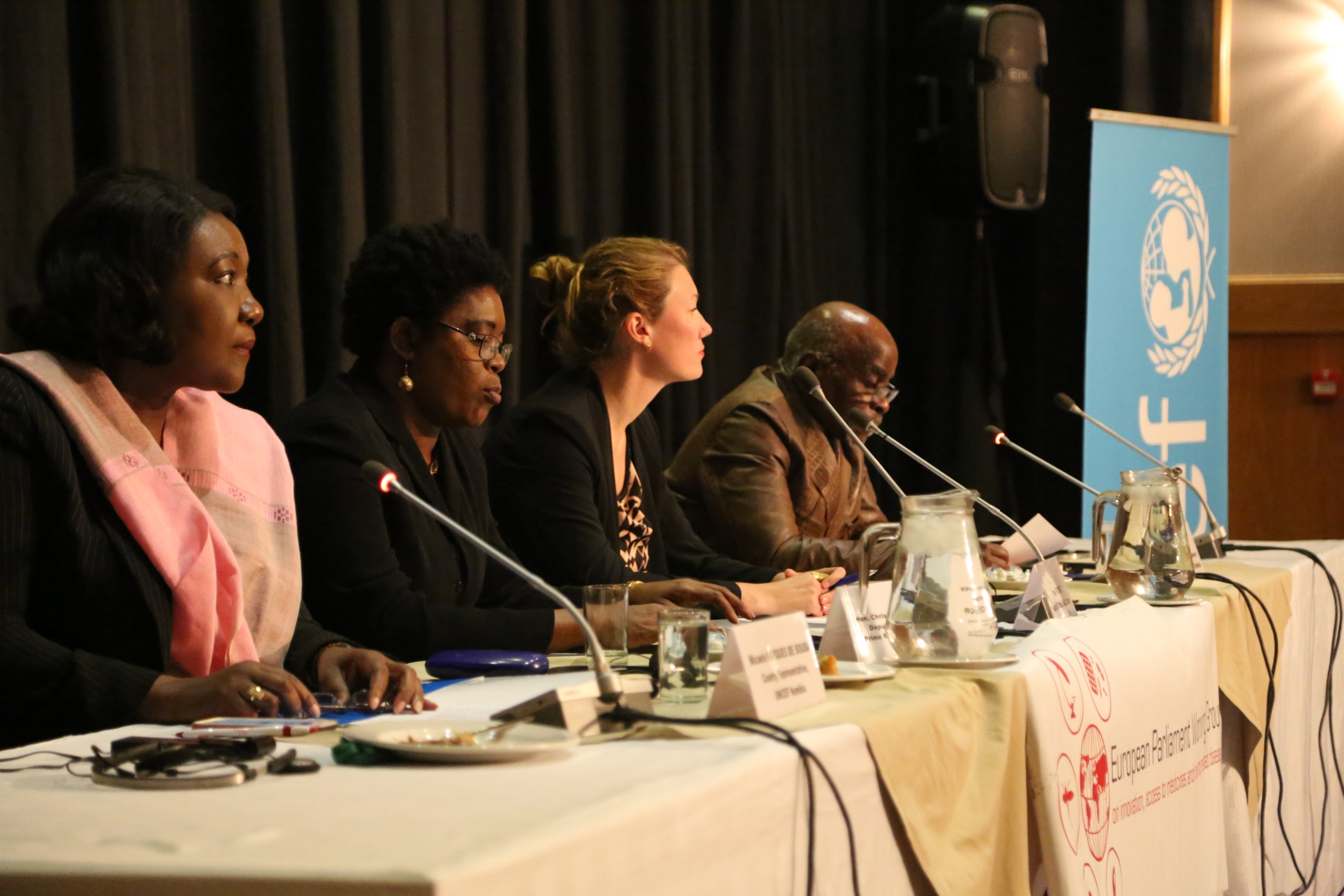 While 45% of under five years child deaths worldwide are caused by malnutrition, only 1% of of affected countries health budget and 0,57% of global development aid is dedicated to specific interventions known to be effective in tackling undernutrition. Parliamentarians therefore have a key role to play in making sure national policies are being developed with concrete targets and adequate budget lines to address this deadly scourge. 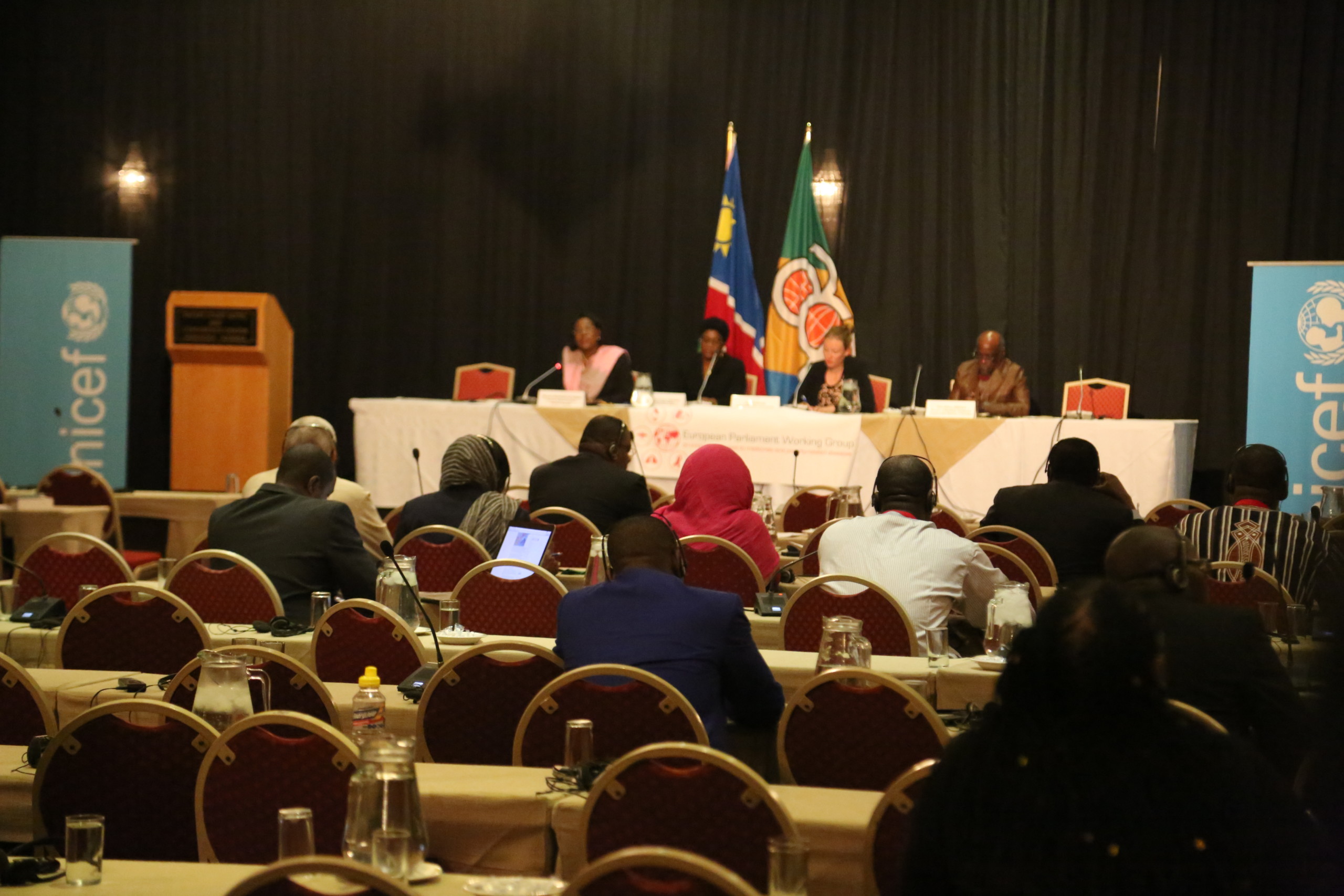 The debate was moderated by GHA and attended by African MPs from Sierra Leone, the Gambia, Chad, Guinea, Burundi, Madagascar, Ethiopia, the Gambia, DRC, Zimbabwe, Djibouti and South Sudan, who all shared best practices, underlining which policies were effective to promote good nutrition in their countries.

Many parliamentarians reiterated the key role of free and compulsory education for all children with very positive nutrition outcomes linked to school feeding programmes. Other successful measures given by parliamentarians as examples of effective actions to fight malnutrition were the promotion of exclusive breastfeeding practices, awareness raising on the importance of diversified diets, investments in the agricultural sector and the adoption of family planning policies.

Hon. Angula contributed to the discussion giving concrete examples about the steps that Namibia has taken in the fight against malnutrition: stunting rates decreased from 29% in 2006 to 24% in 2014, and this was made possible thanks to the establishment of the Namibian Alliance for Improved Nutrition (NAFIN), a multi stakeholders platforms which initiated a series of effective policies to promote nutrition, such as food fortification initiatives and ending the inappropriate promotion of breastmilk substitutes. All parliamentarians agreed that malnutrition is a complex issue that spans across all policy sectors and needs to be tackled with an integrated approach. UNICEF underlined the key role of parliamentarians in holding their governments accountable to this end. 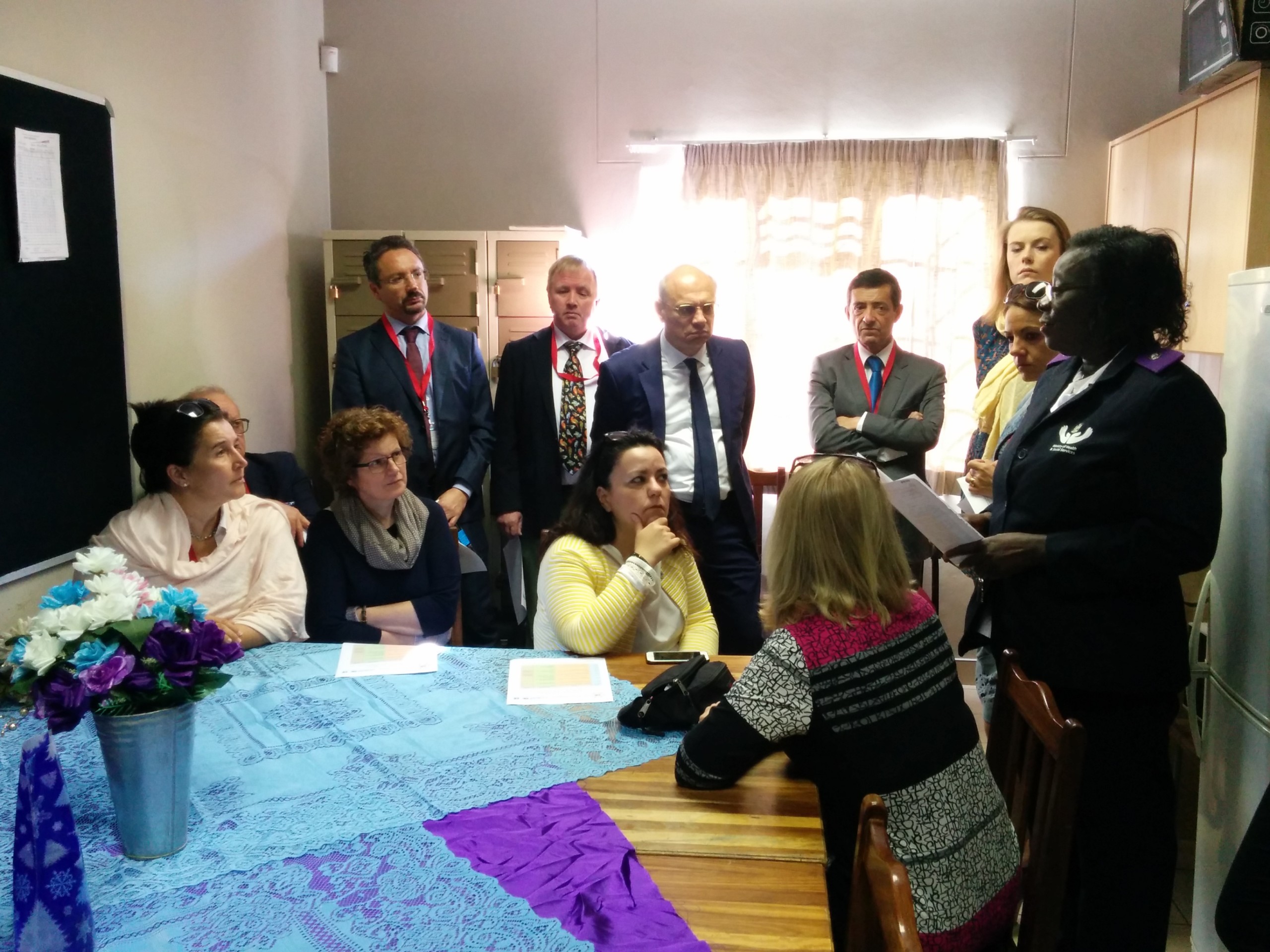 On Monday 13 June, 9 Members of the European Parliament from different political groups visited the Okuryangava clinic in the township ok Katutura, on the outskirts of Windhoek. The clinic provides primary healthcare services to a population of 36,000, including the diagnosis of  acute malnutrition. During the visit, MEPs had the opportunity to hear from mothers about the benefits of exclusive breastfeeding: children are less prone to diarrhea and sickness. 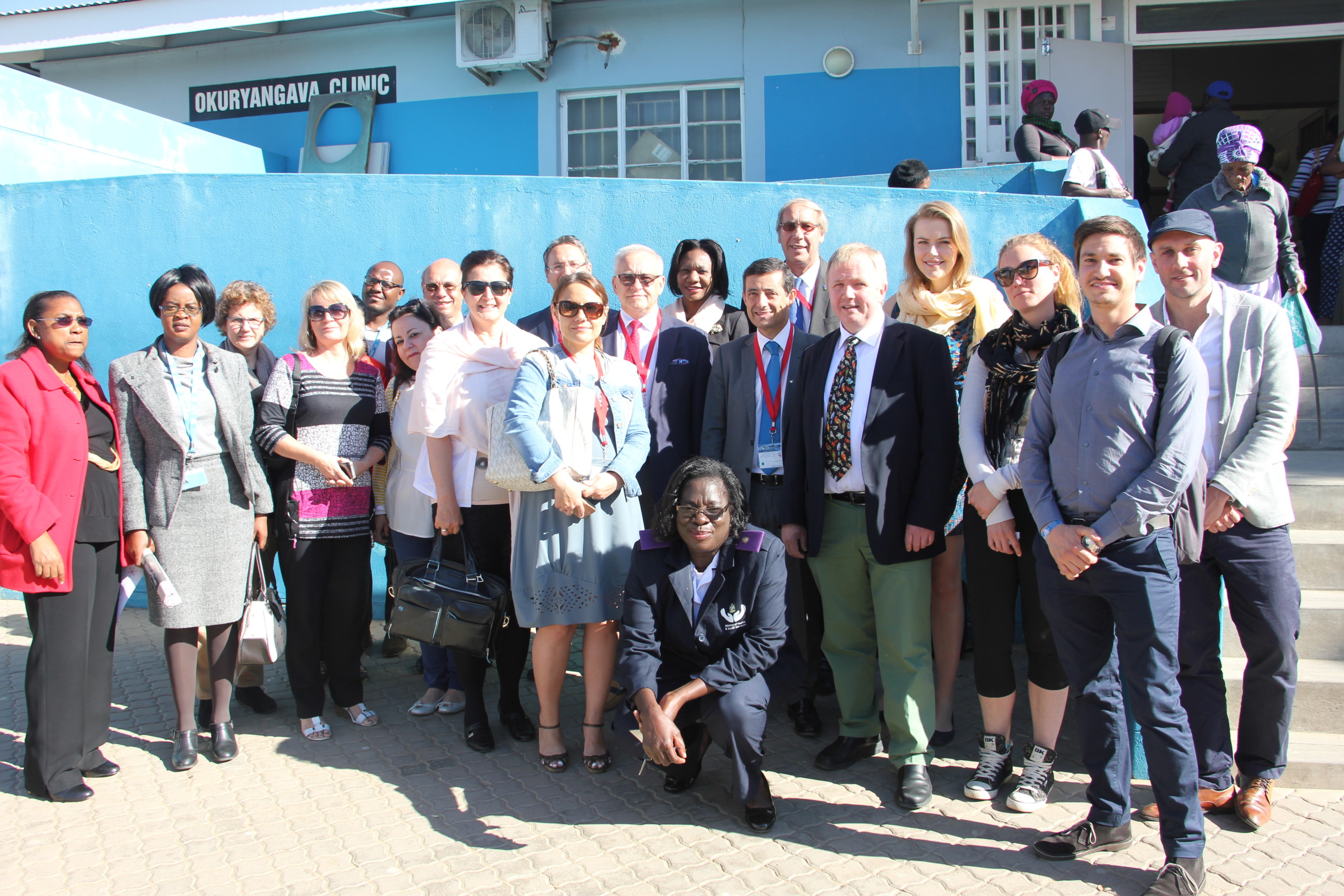 Members of the European Parliament in front of the Okuryangava Clinic in Katutura, Windhoek

The visit was also the occasion to discuss with parliamentarians the role of the EU in the fight against malnutrition: strong commitments have been made by the European Union in previous years, especially to reduce the number of stunted children by 7 million by 2025. Still, many measures could be taken to reinforce these commitments. In particular, the EU should adopt a specific target for the reduction of acute malnutrition, for which we know investments are efficient and cost effective.

All members of parliaments from both ACP countries and the EU, showed a very high level of commitment and were willing to be further engaged in the fight against malnutrition. Global Health Advocates will build on these commitments, helping to facilitate networks of parliamentarians willing to do their part in promoting nutrition policies in their countries.

If you want to know more and be engaged with networks of parliamentarians fighting malnutrition, you can get in touch with GHA office contacting Fanny Voitzwinkler fvoitzwinkler@ghadvocates.org.